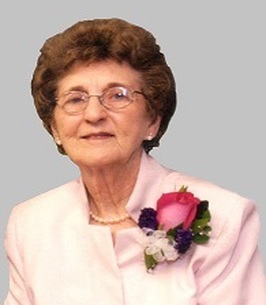 Betty Jean (Neely) Buchanan was born February 12, 1929, in Lawton, Oklahoma, to Ruel Fenton and Della Florence (Shriver) Neely. She passed from this life on October 30, 2022, in Oklahoma City.

Betty grew up in Lawton, Oklahoma, and graduated from Lawton High School in 1947. After taking a year off to work, she attended college at Cameron University and then later transferred to Oklahoma A&M, now known as Oklahoma State University. Betty was beloved by her classmates and was nominated by her peers for the Beauty Attendant for Stout Hall. Betty graduated from Oklahoma A&M in 1952 with a degree in Business Education. It was while there at Oklahoma A &M that Betty met the love of her life, Arvel L. Buchanan through a blind date set up by her sister, Delphia, and neighbor, Ernie, who would eventually become her sister-in-law. Arvel and Betty were wed on June 8, 1952, in Lawton, Oklahoma. They made their home in Oklahoma City, OK. Of their marriage, they had three children, Debra, Jamie & Alan.

After Arvel and Betty wed, she began working for Armour and Co., until she became pregnant with their first child. Betty continued to stay at home and raise their three children for several years. She later returned to work in 1973 after the closing of the Sinclair gas & service station owned by Arvel and her brother-in-law, Bud Buchanan. She worked for OKC Production Corporation, then with Sabine Corporation, which later became known as Pacific Enterprises. Betty later retired from Pacific Enterprises.

Throughout this time Betty was a Member of the South Memorial Baptist Church, where she served as a Sunday School teacher. She later became a Member of Rancho Village Baptist Church and remained there for several years.

In her spare time, Betty enjoyed reading the Bible, playing the piano and organ, sewing, needlepoint, and knitting. Every night at bedtime Betty would pray for each of her children and grandchildren by name.

Betty will be remembered as the matriarch of the family and lovingly as, ‘Grandma Boo’ and ‘Nana Boo.’