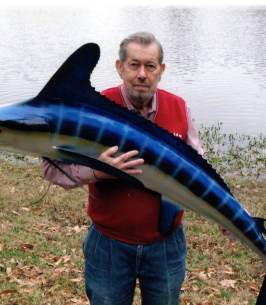 Bobby Joe Garrison, Sr., fondly known as “Bob” by his family and friends, passed away on Tuesday, June 7, 2022 at the age of 92. The son of Murl (Drake) and Charles Bull Garrison, Bob was born on January 22, 1930 in Stratford, Oklahoma. After graduating from Stratford High School in 1948, he and his family moved to Oklahoma City. He drove a cab and delivered flowers for two years which prepared him for his more than 30 years working as a Supervisor for the United States Postal Service. Prior to work with the Postal Service, Bob was drafted into the United States Army and served for two years in Korea. After his honorable discharge, Bob married his one true love, Juanita Faye Mariott, on May 9, 1953. They were blessed with three children and celebrated more than 69 years of marriage. Bob had a heart for God. He loved the Lord and enjoyed worshiping at Capitol Hill Baptist Church from the time he was 18 years old. He faithfully served as a Deacon for more than five decades. Bob also served on the Board of Directors at the United State Employee Federal Credit Union until he was in his late 80s. Bob was known for his quick wit, wonderful sense of humor and sensational ability to tell jokes and stories. Bob will be fondly remembered and deeply missed by all who knew and loved him.


In lieu of flowers, the family suggests donations be made in his name to Capital Hill Baptist Church.
Graveside services are scheduled 10:00 AM Tuesday, June 14, 2022 at Resthaven Memory Gardens.