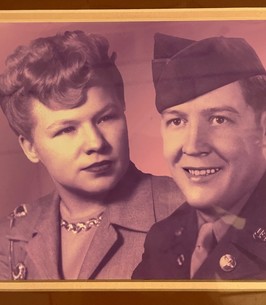 Bobby J Glenn Lilley Nuckolls, 91, formerly of Oklahoma City, passed from this life on April 2, 2022, in Shawnee, OK. Born October 16, 1930, to Joe & Thelma Glenn in Grayson County Texas. Bobby married Kenneth Lilley on January 22, 1949, in Grayson County Texas and together they raised their three daughters: Terri, Linda and Barbara. Bobby and Ken traveled the US during his time in the military and finally settled in Oklahoma City where they remained for the next 40+ years. She and Ken were married nearly 54 years before his untimely death in 2002 after which she married John Nuckolls in 2003 and over the next 9 years, she and John split their time between their homes in Oklahoma City and Maud. She was a retired civil service worker and a proud member of The Rebekah’s Lodge (I.O.O.F) in Oklahoma as well as Texas where she served as their “Grand PooPah.”

Preceding her in death are her parents, both husband’s, daughter Terri, great-granddaughter Adrian, sisters Billie and Betty & brother Jerry.

The family wishes to express their absolute gratitude to the staff at Belfair of Shawnee and Valir Hospice for the love, care & compassion they showed to Miss Bobby and our family during her time with them.

In lieu of flowers, please consider a donation to the Alzheimer’s Association or any charity of choice in memory of our Mom & Granny.