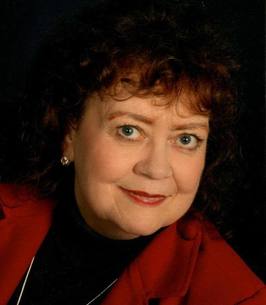 For those who cannot attend you are welcome to watch the livestream of the service by clicking on the following link https://www.shartelchurch.org/livestream

Carol Jean Ross, 83, passed away from cancer on July 14, 2022 at home in Albuquerque, NM with her sons Cole and Chris Anderson by her side. Carol was born on June 8, 1939, in Norman, OK to parents Cecil and Jean Mead, joining her two older sisters, Ann and Jane. She graduated from Norman High School (NHS) in 1957 and remained close to many of her childhood friends and NHS Class of ’57 graduates throughout her life. Carol married her high school sweetheart, Pfc Carl M. Anderson, a new Army Paratrooper, in December 1958 at Fort Bragg, NC. She joined him six months later in Wiesbaden, Germany where he served in the US Army’s 82nd Airborne Division. Cole and Chris were born in 1961 in Wiesbaden, Germany, and in 1962 at Ft. Bragg, NC, respectively. When Sgt Carl Anderson tragically died in a car accident in July 1963, Carol moved back to Norman, Oklahoma to raise her two small children near her parents and sisters and Carl’s parents, Carl and Laverne Anderson. Carol and the boys were blessed by the love and support of all the Meads and Andersons, including her sisters Ann Kennedy and Jane Bernier and their families, her half-brothers Walt and Jack Mead and their families, and Carl’s sisters, Carol’s sisters-in-law Glenna Wright, Judy Taylor and Rosy Carolan, and their families.

Carol’s touchstones were her family and friends, her service to others and her faith. Most of her professional endeavors over the years involved assisting the public in various ways; bank teller, county assessor’s office clerk, Roommate Referral Service owner/operator with son Cole, job placement, blood donor recruiter, communications director, and alternative health administrative assistant. Her love of meeting new people and visiting family led her throughout the United States and to Germany, Italy, Austria, Canada, the Bahamas, Belize and China. Carol tapped her God-given talents for dance, song and humor to teach and encourage others, from little children to the elderly. She first started singing in the children’s church choir at age nine. Shortly before she passed, she was still singing along at home with her favorite live-streamed church services. Carol found many ways to serve during her life. She produced and performed the Christian outreach radio program “Carol’s Christian Joy” and was an active member of the Country Music Singers Association (CMSA). She sang for Salvation Army Thanksgiving benefit dinners, downtown church revivals and concerts, and benefit concerts for children with cancer, and she was inspired to perform a “Christian Bag Lady” routine for single women and mothers and other who were less fortunate. From 1996 to 2021, Carol was an active member of the South Oklahoma City Kiwanis, helping establish the K-Kids program and Bring up Grades (BUG) program, as well as acting as club Chaplain, and in later years, communicating meeting and program information with club members from home. She was blessed to meet William (Bill) E. Ross at church and they married in 2002, often working in Kiwanis together. Bill died in 2003, but Carol continued to find joy in serving others.

Flowers are welcome but in lieu of flowers, donations can be made to Mid-America Christian University of Oklahoma City; Shartel COG (Anderson) or South Oklahoma City Kiwanis (for outreach to children); or CMSA (Country Music Singers Assoc – Gospel music) or the Salvation Army (Ministry services)