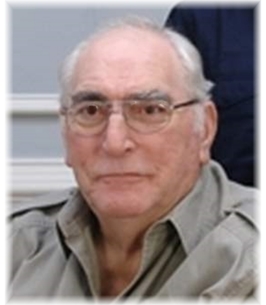 Charles Lincoln Tibbals, 80, of Moore, passed away on February 18, 2022. Charles was born in Florida to Charles and Mildred Tibbals on March 20, 1941. He attended Madison Public schools and graduated from Madison High School. He served in the Army from 1962 to 1969 he was a Vietnam era veteran serving in Korean. He was a medic and staff sergeant. He attended Florida Atlantic University where he obtained a bachelor's degree in Education. He was 10 hours short of a master's degree. He married Sally Crim on October 20, 1966. He was a history, science teacher, and football coach. He retired from Oklahoma City public schools after 35 years of teaching. In addition to teaching, he was a principal for 2 years. Charles is preceded in death by his father Charles, mother Mildred and brother John Tibbals. Charles is survived by Sally C. Tibbals, wife, son Christopher Tibbals and partner Kylie, son Brian Tibbals and wife Tamara, Goddaughter Carley Ketcham and husband Andrew. Sister Sandra Everett, brother James (Bonnie) Tibbals, sister Millie (Steve) Piggott. Grandchildren Courtney, Kambrielyn, Mackenzie. Kraygun, Charles, and Brinley. He is also survived his poodle, Rufes. In lieu of flowers please honor Charles Tibbals by donating to Shriners Hospital for Children donate.lovetotherescue.org The family of Charles Tibbals wishes to extend our sincere thanks to everyone that has been so kind to us during this time. Service information Saturday February 26, 2022, at 4:00 pm. at the chapel at Vondel Smith. Per Charlie's wishes his ashes will be spread throughout the family farm located in Madison, Florida at a later date.