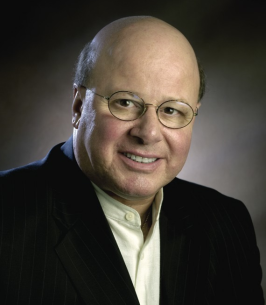 David Carl Cavallaro, DPM, FACFAS went to his Heavenly Father on March 27, 2022. He was born May
26, 1951 in Buffalo NY to the late Angelo and Carmela Cavallaro. He attended public schools in Buffalo,
including graduating from Grover Cleveland High School. He then graduated from Canisius College and
the Ohio School of Podiatric Medicine.

He moved to Oklahoma City for his residency, and became a Fellow of the American College of Foot and
Ankle Surgery. He spent his entire professional practice in Oklahoma City. While in practice, he taught
and mentored many residents in foot and ankle surgery. He published several papers on foot and ankle
surgery, invented a device for foot stabilization, and was guest lecturer at numerous schools.
In addition to his professional career, David was active in church affairs, and loved his time going to
Honduras as a medical missionary, repairing birth defects and traumatic injuries that would have
otherwise not been fixed.

Most of all, David enjoyed his family. He was particularly proud of his daughter Ashley and her decision to
become a sign language interpreter, opening the world to people who otherwise would often be shut out
of aspects of life. He was a kind, fun-loving, compassionate, sincere man with great medical talent and a
love for his fellow man. He never passed up an opportunity to learn or to teach.

He is survived by his former spouse, Gloria, and his daughter, Ashley, as well as his sister Jennie
Medbery.