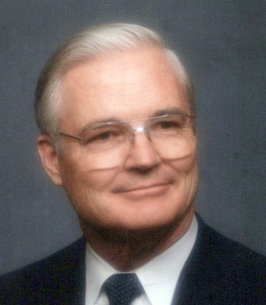 Donal E. Ruminer died on May 29, 2022 in Oklahoma City, Oklahoma.
Donal was born in LaCrosse, Arkansas on February 29, 1932 to Otis Lloyd and Nina M. Ruminer (Woods). He was the oldest son of three children; he was the favorite son, the only son, with two sisters, Ramona and Jackie. The family moved to Oklahoma City in 1939. Donal attended and graduated Capitol Hill High School class of 1949. He continued his education at OU, graduating in January of 1954 with a BS in Geology.
He met and dated Hazel O’Neal of OKC and they were married July 19, 1952. Hazel died May 13, 2014 after battling cancer for five years. Hazel was 18 when they married and was 80 when she died, they shared 62 years of life together.
After graduation, Donal went to work for General Geophysical Co. and then on to work for Phillips Petroleum Co. for 21 years. He worked in the oil and gas exploration department on their seismic field crews and in their regional offices as a Geophysicist. While working in the exploration department from 1954 to 1975, Donal, Hazel and the family moved 27 times. After 21 years and 27 moves, Donal quit Phillips and quit moving. He formed Ruminer Exploration Co. and continued working in the oil and gas industry.
During their moving years, the family had four daughters:
​Debra was born in 1953 while Donal was still in college.
Karen was born in 1955 the day Donal and Hazel were moving to Colorado.
Donna was born in 1957 in St. Francis, Kansas, just after a softball game.
And Kathy was born in Bowie, Texas, before moving to Oklahoma.
All through the moving years and in Oklahoma City, Hazel and Donal were busy in church activities with the Church of Christ. Many of the small cross road towns had no preacher, so Donal became the fill in preacher. Donal also served at different times as an Elder, Deacon and Bible School teacher.

Donal met Anna Murray at Southern Ridge Church of Christ and they were married on January 14, 2017. They were married for 5 years.
Some of Donal’s favorite things to do included playing softball, riding his bicycle on road tours, but his most favorite game was playing table tennis. Donal was in table tennis clubs in several cities, played in tournaments all over the Southwest part of the US, and played in 2 US Open table Tennis Tournaments. On a business trip to China, Donal took his racket and played students in summer school. He also went to a table tennis club and played where no one spoke English, but had no trouble communicating for a game.
Donal was preceded in death by his parents Otis Lloyd and Nina M. Ruminer, his wife Hazel Ruminer, Brother-in-laws Larry Hannah and Leroy Tinsley, and his Granddaughter’s husband Brad Long.
Survivors include: Wife Anna Ruminer of OKC, Daughters Debra Ruminer of OKC, Karen Ruminer of OKC, Donna and husband Layne Adams of Tuttle, Kathy and husband Dennis Dodd of Blanchard, sisters Ramona Hannah and Jackie Tinsley. Grandchildren Rebecca Dodd, Katheryn Long, Amanda and husband Matt Kilgore, Courtney and husband Jeremy Silcox. Great grandchildren include Tessa, Justus and Joshua Pribyl, Baylee Long, Aiden, Chandler and Payton Kilgore, Nora Silcox, and Great-Great granddaughter Tesla Pribyl Harris. He is also survived by numerous nieces and nephews.