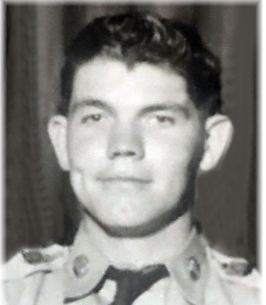 God is good and His mercy is never ending. Our beloved brother-in-law, uncle, friend and patriot, Kenneth Savoy Mullings, entered the kingdom of heaven on Friday, May 20, 2022 at the age of 88. Ken followed numerous brave family members and served his country in the Korean War with his older brother, Bill. To do so he had to lie about his age but was determined to go with his big brother. He was awarded several medals including the Bronze Star. Upon returning he married the love of his life, Wilma Rae Laughlin in 1953. They had one child, Kimberly Susan. Ken had a long and successful career working for Tinker Air Force base for over 30 years. After retirement he lovingly cared for his mother and was always helping friends and neighbors. He is preceded in death by his wife of 62 years, Wilma Mullings on October 26, 2016; daughter, Kimberly; parents: Theo and Clarence Mullings; brothers: Bill and J Mike Mullings; and sister Carol. He is survived by his sister-in-law, Teese Mullings, several nieces and nephews, as well as great nieces and nephews.

Visitation will be 4-8 PM Tuesday, May 24, 2022 with the family present to greet friends from 5-7 PM at Vondel Smith Mortuary, 6934 S Western Ave. Funeral services to honor and celebrate his life will be 10:00 AM Wednesday, May 25, 2022 at Vondel Smith's South Colonial Chapel with burial with military honors to follow at Resthaven Memory Gardens.

In lieu of flowers donations may be made to the Oklahoma Veterans Memorial at oklahomaveteransmemorial.us