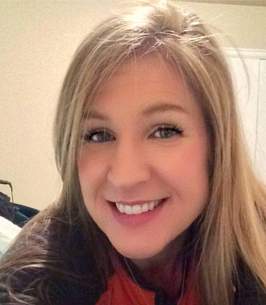 
Kira Leigh Barrett was welcomed into the arms of her Lord and Savior Jesus Christ on March 5, 2022. She was born on February 26, 1982 in Oklahoma City to Mark Barrett & Joanne Daine. Kira grew up in Ponca City where she later graduated from Ponca City High School in 2001. As she matured, she found many different interests such as hiking, reading, sports, music, and trips to the lake. She loved the outdoors and hiked ranges in Arkansas, Oklahoma, and Colorado just to name a few. She was an avid OSU fan, but the games that were most important to her, were the games spent watching and supporting her children. She was employed as a mortgage specialist for 15 years, where she made many close friends, and made an impact on those friends through spreading the Gospel. On February 9, 2020, Kira married Lance Linthicum in Las Vegas, NV. Kira loved worshiping God with her family at Glory Promise Center. Kira will be forever in our hearts as a devoted wife, a loving mother, and a treasured daughter and sister. Kira was preceded in death by her grandparents Ken & Mary Barrett.
Kira is survived by her husband Lance; her children Jayce, Parker, Haley & Dalton; her father, Mark & his wife Cindy; her mother, Joanne Daine: her brothers Jason Barrett & his wife Amber, and Christopher Barrett & his wife Ariana, as well as many other loving family and friends.