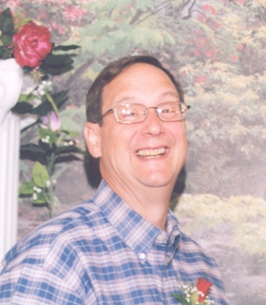 It is with great sadness that we announce the death of Larry Cantrell who passed away on Tuesday, August 23, 2022. Larry was born on January 14, 1954 in Oklahoma City, Oklahoma to Lloyd & Jayme (Ball) Cantrell, and was the youngest of four children. He grew up in Bethany, Oklahoma, and graduated from Bethany High School in 1972, where he lettered in football and baseball.

After graduation, Larry decided that he needed to begin working to help his brother Gary in taking care of his mother. He started out welding, and later he began a career with JP Morgan/Chase Bank; a career that spanned over 40 years. Working as a commercial banker gave him the ability to work with people and create many lifelong friends.

In 2006, he married Carla Tenney, and the two enjoyed the next 16 years of love, laughter, traveling, and relaxing together on the acreage.

When he wasn’t working he enjoyed watching football and baseball, entertaining people with his witty sense of humor, or just sharing a great conversation. For many years Larry was an avid hunter, but after he met Carla, he began to appreciate the gifts of nature more than ever. One of his favorite past times was sitting on the porch watching the deer in his yard. There were many occasions where he said “I don’t know how I ever killed any deer”. Larry loved animals of all kinds, but most of all were his K9 companions that he helped rescue and raise. He also loved spending time with family, and being a grandpa. Larry loved to help others, and would drop everything and rush to help his family or his friends wen they were in need.
He will truly be missed by all that knew him, but will be in our hearts as a loving husband, a wonderful brother, dad, granddad and a friend to many.