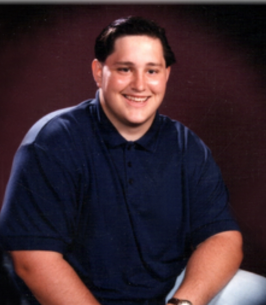 Mark Edward Watson, 47, went to be with his Heavenly father on Friday, April 1, 2022. The son of Neal and Cathy Watson, he was born July 9, 1974 in Oklahoma City, Oklahoma. Mark grew up attending schools in the Oklahoma City area and graduated from U.S. Grant High School in 1992. On November 6, 2020, Mark married his one true love, Somalia Biringanine. In addition to being a loving son, brother and husband, Mark was also very passionate about video games, watching OSU football, Dallas Cowboys football, and Star Wars, but nothing was as important as being with his family whom he loved with all of his heart. Mark was known for his tenacious humor and quick wit and will be fondly remembered for the jokes he shared and humor he carried. He loved and cared deeply for his family and he will be held close to our hearts each day.

He was preceded in death by his:
Mother, Cathy Watson.