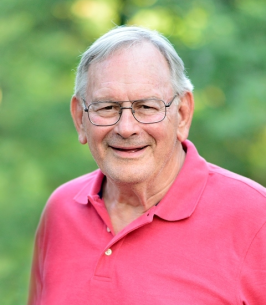 On May 17, 1944 in Pratt, Kansas, Homer and Kathryn (Barrett) Penwell Earls had a baby boy. They named him Michael... and a wonderful adventure began. When he was twelve years old while living in Texas, Mike gave his heart to the Lord Jesus Christ and never looked back. As a teen he moved to Oklahoma with his parents and older brother Neil. Mike spent many summers on his grandparents’ farm in Wynnewood, where he learned skills that would serve him all his life...and these same skills he used to serve others working in Kansas, Arizona, and Missouri. Mike lived in several cities in Oklahoma: Bethany, El Reno, Yukon, and Shawnee.In 1967 on a blind date, Mike met and fell in love with Paddy Standerfer and they were married the next year...a marriage that would last over 53 years. In Oklahoma City, Mike and Paddy built their life around their love for each other and their love for the Lord Jesus Christ. God blessed their family with two sons, Kevin and Kerry. Mike’s legacy includes passing along to his two sons a love for hard work and a healthy curiosity to learn all they could from their dad.Friends would bring to Mike broken things like tools, cars, and even horses. Mike saw the potential in things that others would throw away. Even more importantly, Mike saw the value of people that others had given up on. Mike was never idle. He never stopped learning and he spent his life teaching others. He spent much of his time working and serving others at many baptist churches including South Lindsay, First Southern, and Southern Hills. He also devoted many years supporting projects and events at Christian Heritage Academy, Del City. Mike loved hunting with his sons and other friends. He lived a full life. He lived big!On March 28, 2022, when he was at home with his family, Mike passed through this life into his life with his Savior, Jesus Christ.He leaves behind his wife, Paddy, their two sons and their wives, Kevin and Sara Penwell, their four children: Ivy, Banner, Liberty, and Levi Penwell of Oklahoma City and Levi’s fiancée Kiley Cox; Kerry and his wife Kelly, their five children: Katelynn, Kelson, Kolton, Kamryn, and Karson Penwell of Simpsonville, South Carolina.Mike will also be remembered by many other family members and friends.

Mike’s memory can be honored by donations made to sermononthemount.org
or to CHA.org. Another way to honor Mike is to follow his example: live a life of love for your family and of service to others.