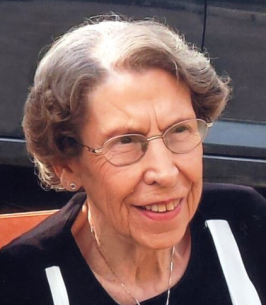 There will be no public viewing.
Graveside services will be 1:00 PM Tuesday April 12, 2022 at Sunny Lane Cemetery.

Norma Lou McClesky Babb was born Oct. 17, 1935 and passed away April 8, 2022. Her life began in Sentinel, OK where she attended grades 1-12. Her time in Sentinel was central to who she was and became. She dearly loved the class reunions every 5 years. It was in Sentinel she met and fell in love with Donald Wayne Babb. They were married in June 1953 shortly after she graduated from high school and they remained together for almost 51 years until Don’s death in May 2004. Their time together saw them live all over Oklahoma, Texas, Missouri, and Louisiana. Her working career found her serving as a bookkeeper and bank auditor, most infamously as the internal auditor at Penn Square Bank in the 1970’s and early “80’s. Through all of the turmoil following the bank’s collapse, it became clear she had been one of the voices who attempted to speak up about the bank’s problems but was ignored. In the 1990’s she worked as a bank examiner for the federal government and finally internal auditor, for the FAA Credit Union (now Tru Sky) until retiring in 2004. Her love of sports began on the high school basketball court and continued throughout her life. Thanksgiving will not be the same without Mom mandating dinner occur before or after the football games. Norma was preceded in death by her husband, Don; mother, Nelle Naomi Montgomery; father, Jimmy Gurley McClesky; sisters Demaris and Patsy; and brother, Tommy. She is survived by her sons, Lee, Lynn (wife, Darla), and John; daughter, Luann (husband, Steve); along with 11 grandchildren and 16 great grandchildren. The family would like to thank Mica Hays and LaDanna Cullison, of Luxe Care for their compassion and friendship.