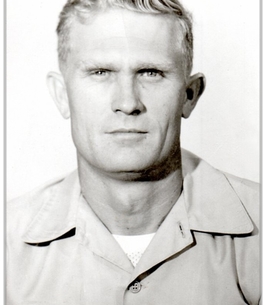 Paul David Rains, Sr. received his Heavenly reward and is now reunited with his beloved wife, Edythe, on March 16, 2022 at the age of 91. The son of Pearl Price and John Henry Rains, Paul was born on April 15, 1930 in Wewoka, Oklahoma. Paul honorably served his country in the United States Air Force for more than 23 years having served as an Avionics Technician during his time of service. On April 28, 1952, Paul married the love of his life, Edythe Barbara Horstman and this union of marriage was blessed with two sons, Paul Jr. and Darrius and two daughters, Cheryl and Lucy. In addition to being a loving husband, devoted father, Paul was a wonderful provider for his family. He worked as an Avionics Technician for the United States Air Force until his retirement. In his spare time, Paul enjoyed many hobbies such as hunting, fishing, and bowling. He was active in Pool and Bowling Leagues. His unique character, wonderful sense of humor, and captivating smile, was most admired and will be forever remembered.

Graveside Services will be Tuesday, March 22, 2022 at 1:00 PM at Resthaven Memory Gardens with Full Military Honors.