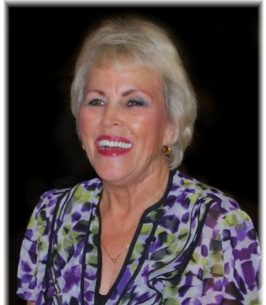 Peggy Ann Parish was welcomed into the loving arms of her Lord and Savior on Thursday, March 24, 2022 at the age of 77. The daughter of Bernice (Buck) and Lee Cruzan, Peggy was born September 9, 1944 in Chelsea, Oklahoma. Growing up, Peggy attended Tuttle Schools, later she continued her education receiving and earning her Associates Degree in Business, she worked as a Bookkeeper for various companies throughout the years, before opening her own business creating silk memorial flowers. Peggy was blessed with four children and she dedicated her life to being a loving and devoted wife, mother, grandmother and homemaker. Always supporting her children’s endeavors in sports, academics, music, etc. Peggy was a wonderful example of of Proverbs 31 woman. In 1987, Peggy married Donald Lee Parish and together they enjoyed nearly 35 years of marriage that included lots of wonderful memories and laughter with family, church friends, extensive travels and various hobbies all while juggling her own business. Peggy’s fondest moments in life were simply those spending time with her grandchildren and great-grandchildren.

Peggy was preceded in death by her:
Parents: Lee and Bernice Cruzan; brother D. A. Cruzan & two sisters Betty Heldenbrand & Ava Cummings & her husband of 35 years, Donald Lee Parish, who died just a week prior on March 16, 2022.