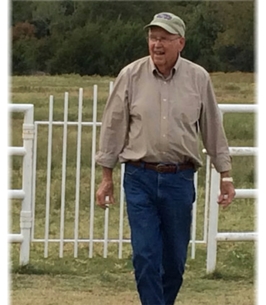 Rainey Lee Ryan, fondly known as “Lucky” by his family and friends, went to be with the Lord on Sunday, February 27, 2022 at the age of 92. The son of Zodia Arizona (Whitney) and Jesse Bettis Ryan, Rainey was born on November 14, 1929 in Maud, Oklahoma. Rainey joined the United States Air Force and honorably served his country during World War II. In 1975, Rainey married the love of his life, Juanita Jo Wood and together shared more than 46 years of marriage, making wonderful memories together. Rainey provided a warm & loving home for his family. Rainey served a 30 year career in Aircraft Engineering at Tinker Air Force Base. Blessed with the gift of song and music, Rainey enjoyed using his vocal talent by singing in his band known as the “Country Gents.” An active volunteer and member of his community, Rainey was a longtime member of several clubs including the Blue Masonic Lodge, Shriners, American Legion, 40/8 Club. Rainey was proud to serve his country and community by volunteering throughout the years. He was a hardworking & honest, Christian man, who loved his God, country, community and especially his family with all of his heart.

He was preceded in death by his:
Parents;
Son, Edward Lee Ryan.