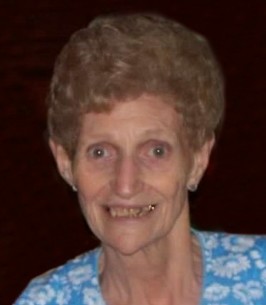 Ruby Belle Williams passed away in Oklahoma City, Oklahoma on Monday, May 23, 2022 at the age of 96. Ruby was born to William J “Bill” and Fannie Belle (Bocook) Wheeler on June 24, 1925 in Ashland, Kentucky. At the age of 17, Ruby boarded a train and moved to Oklahoma where family members already settled in Oklahoma introduced her to the love of her life, Warren F. Williams. Ruby's first job in Oklahoma was at McDonald Douglas which later became Tinker Air Force Base. After Warren returned from World War II, they opened their own grocery store "Ideal Grocery". Ruby worked at the grocery store until her husband, Warren started his career at Tinker Air Force Base at which time Ruby then became a full-time homemaker and caregiver to her family. She was a member of South Lindsey Baptist Church and member of Order of the Eastern Star Harmony Chapter # 371.

Through her almost 97 years, Ruby saw a lot of life and through the good times as well as the hard times, Ruby’s faith never wavered. She always had her Bible by her side and loved sharing God’s word whenever she got a chance. Ruby and Warren had three daughters: Linda Jean, Gloria June, and Carol Ann. While raising their daughters, they never hesitated to welcome in anyone in need of a warm place to sleep or hot meal to eat. Ruby had a heart for helping others in any way possible. They enjoyed their family time at Lake Texoma at their place on "Rainbow Hill" where they could often be found fishing and water skiing. Ruby helped Warren run his fishing guide services after he was retired from Tinker. Ruby always made sure there was a hot breakfast ready for them to enjoy when they were done fishing in the early morning.

Later in her life when Ruby was blessed with grandkids, she could often be found at a baseball game or gymnastics meet. She loved to travel with her grandkids and rarely missed an event. Ruby would often tell of one of her most daring vacations to Sea World where she rode her first roller coaster, The Great White, on her 70th birthday. She also went to Alaska twice where she fished for salmon and ran from a moose in the Kenai River and caught halibut in the Cook Inlet. She also loved going to Branson with her family and church group. Ruby would laugh until she cried at several of the shows. The Wheeler Family Reunions at Lake Texoma always brought Ruby great joy and much happiness. In 1999, Ruby moved in with her daughter, Carol’s family, where she continued to care for her family until her health no longer allowed for that. Then her family got the blessing to care for her. Ruby still managed to get to Lake Texoma and watch her great grandkids whenever she could. Even when she wasn’t able to attend an event, Ruby never forgot to ask how it went. She cared deeply for her family.