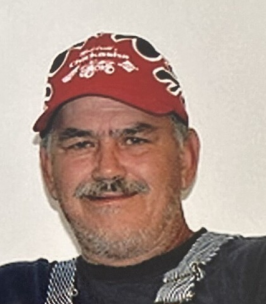 
Russel Dale Bratcher, 66, was born on May 12, 1956 in Duncan Oklahoma to his parents LG Bratcher & Joyce (Woods) Bratcher. 1974 he graduated from Rush Springs high school and lived in Rush Springs most of his life. On September 21, 1988 he married Cheryl Mason, and the two spent the next 35 years making memories. One of Rusty’s favorite pastimes was driving to south Texas with Mike to relax, and go shopping for his family across the border. Rusty was a man of many talents, and was always looking to provide for his family. Through the years he owned APCO service station, worked for Grady County, and worked alongside his dad LG in the watermelon fields, which was something he love to do. He also raised his kids working in the field with him, hoping to pass on some of that love. He truly enjoyed selling watermelons, especially during the watermelon festival. In his later years of life he, spent his time remodeling and restoring homes. Rusty had two pride and joys in his life. His backhoe, and his Platinum Ford truck. But by far, his favorite thing in life was, spending time with his grandkids. He loved hauling Oliver around on his scooter and up until his last few weeks, he could be seen doing this. Rusty had big plans to start traveling in his camper. He only had one more surgery ahead of him to recover from before starting this adventure. He will be truly missed, and in our hearts forever. He was Preceded in death by his father LG Bratcher; brother, Greg Bratcher; in-laws Preston & Faye Mason; and brother-in-law Steve Mason.
Rusty is survived by his wife, Cheryl "Strawberry" Bratcher; mother, Joyce Bratcher; Sister in law Debbie Bratcher; Brother In Law Keith & Debbie McCollum; Son, Chris and wife Myleah Bratcher; Daughters Summer Bratcher & Misty Steele; Grandchildren: Oliver, Aspen, Bishop, Ariana, Kaizla & Zariah, as well as a large host of nieces, nephews, cousins and friends.