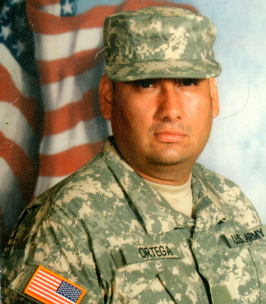 Viewing will be Sunday 12:00 PM to 8:00 PM and Monday 4:00 PM to 8:00 PM at Vondel Smith Funeral Home, 6934 South Western Ave. Oklahoma City. Funeral service to celebrate and honor his life will be held 11:00 AM, Tuesday, August 9, 2022 at OKC Faith Church, 800 South Portland Ave. OKC, OK. 73108 with burial following at 2:00 PM at Ft. Sill National Cemetery in Elgin, Oklahoma. Friends may leave condolences for the family at vondelsmithmortuary.com

Salvador Ortega, Jr, 48, went to be with his Heavenly father on Monday, August 1, 2022, the son of Salvador Ortega, Sr. and Norma Alicia (Corpus) Ortega. He was born October 20, 1973, in Oklahoma City, Oklahoma. Salvador grew up attending Oklahoma City Schools: Westwood, Longfellow, Jackson, and Capitol Hill High School in Oklahoma City. He joined the United States Army and honorably served his country during the Iraq War. Salvador was very passionate about serving in the US Army but nothing was as important as being with his family whom he loved with all of his heart. He was the best uncle anyone could ever have! He adored all his nieces and nephews. Salvador will be fondly remembered as a kind, loving and generous man.

He was preceded in death by his:
Mother: Norma A. Corpus Ortega;
Brothers in Arms of the United States Army.