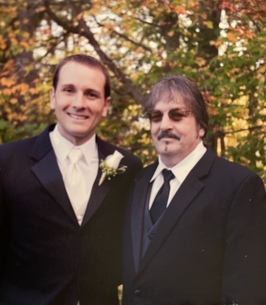 Stephen David Robbins, fondly known as Steve, passed away peacefully on April 13, 2022 at the age of 63. He was born on January 7, 1959 in Oklahoma City, OK to his parents, David Dale Robbins and Vonda Lou (Abston) Robbins. Steve, soon after finishing his schooling began making a living out of his passion of woodworking. He was a very skilled carpenter and was able to provide for his family doing what he loved. Steve also had an extreme passion for playing softball for years locally and loved his OU Sooner football, Boston Red Sox baseball, New England Patriots and New Orleans Saints Football, and On September 7, 1976, he married his soul mate Francine and the two were blessed with two children of their own. Steve loved music as well, especially classic rock and blues. He will be remembered for his generous heart and strong will to never give up in face of adversity.

He was preceded in death by his:
Parents: David and Vonda Robbins of OKC;
Grandparents: Hubert and Vicky Abston of OKC.

Steve leaves cherished memories with his:
Soul mate, Francine;
Their two children: son, Todd Robbins and wife Abigail "Abby";
Two daughters, Olivia and Addison of Portland, ME;
Daughter, Gillian "Gilly" Robbins and her husband, Erick and two daughters, Ellie and Lucy of Melrose, MA;
Brother, Scott Robbins and his wife, Sherri of Asher, OK;
Aunt, who was like Steve’s 2nd mom, Aunt Virginia of OKC;
Niece, Renae Dodge and husband, Dariold and their four children: Landen, Aiden, Kendall, and Raelynn, all of Asher, OK;
Nephew, Andrew "AJ" Robbins and his wife, Emilee of Moore, OK;
Many extended family and friends.