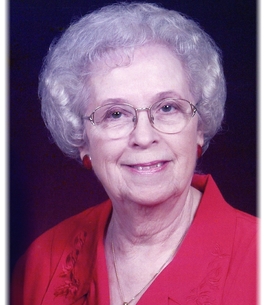 Any floral arrangements for Mrs. Colley may be sent to the funeral home (6934 S. Western Ave OKC, OK)

Vivian Laverne Colley went to be with her Lord and Savior on Sunday, July 24, 2022 at the age of 92. The daughter of Mary Odessa (Webb) and Jessie Hampton Winters, Vivian was born on September 10, 1929 in Tucumcari, New Mexico. Vivian grew up in Ringling, Oklahoma, where she attended Ringling Schools. She was active in basketball, and during her senior year she was chosen to attend Girls State, held in Chickasha for her academic skills. On April 9, 1950, Vivian married Jack VanValkenburg and this union was born her four children Bob, Paula, Karen and Tim. In addition to being a loving wife, devoted mother and dedicated homemaker, Vivian also worked as a medication aide in the health care industry for many years. After the passing of her first husband, Vivian was blessed to find true love for a second time when she married Lewis Elwood Colley later in life in 1989. Together, Vivian and Lewis enjoyed each other’s companionship as well as their blended families for more than 22 years before his passing in May 2011. Vivian and Lewis had been active members of Knob Hill Baptist Church for many years. She was known for her tremendous faith, vibrant personality, skilled crocheting, and the ability to further God’s kingdom through church outreach programs and ministry food bank. She was also active in Bluegrass music as well as benefits fundraising. With her caring, nurturing and compassionate character, Vivian was always willing to help someone in need. She will be fondly remembered each day.

The family of Vivian Colley would like to extend a very special thanks to the Gilbreath Family and Good Shepherd Hospice for the instrumental and exceptional care they provided to their mother.